The deep ocean is a dark realm because unlike in air, light is quickly scattered and absorbed in water – but it is not at all a silent place, because sound actually travels faster and further in water (liquid) than in air (gas). We have difficulty talking to one another less than a hundred meters apart, but whales sing to communicate with others thousands of kilometers apart. This is a key issue in ecosystem monitoring, where we can visually monitor rainforest health from the space using satellites, but not the abyssal plain. So, you might ask, can we use acoustic signals instead?

The answer is yes. Scientists have studied vocalisations and fish choruses in the ocean for over a century but there are many other natural sources of sound in the sea, including non-verbal sounds made by various animals and sounds from geological activities like earthquakes. In each ecosystem, sounds from the community of organisms and geological background add up to form a unique and characteristic mixture of total environmental sound (the ‘soundscape’), which are proving to be useful indicators of habitat health in shallow marine ecosystems. Noise from human activities such as shipping and wave power generation can impact and alter the soundscape, and at the same time reduce the environmental health and resilience. The same is likely true for deep-sea systems.

Currently, there is a global surge in interests to explore and exploit the mineral resources that lie in the deep seafloor, such as sulfide deposits formed in hot vents and manganese nodule fields on the abyssal plain. These special sites of mining interest, however, are also important habitats for many animal species that cannot live anywhere else. It is widely accepted that any resource development in the deep should make a sustainable balance between profit and conservation, but we know too little about the baseline ecology in these deep ecosystems. There is a desperate need to develop and advance methods that allow monitoring and assessment of the overall ecosystem health – like soundscape monitoring which is still rare in the deep.

Japan is a forerunner in seafloor resources development, already with several successful excavation tests of deep-sea minerals. Despite that, virtually no deep soundscape baseline data exists around the country. Without such baseline data for comparison, we cannot evaluate the habitat health when resource extraction events take place. To address this issue, we recorded and studied the total sound from four deep-sea habitats in Japan, using deep-sea hydrophones and recorders deployed using platforms such as the human-occupied submersible SHINKAI 6500 and the all-in-one deep-sea monitoring lander EDOKKO MARK I. The sites (Fig. 1) included the Suiyo hydrothermal vent field on the Izu-Ogasawara Arc and an abyssal plain site around the Minamitorishima Island home to manganese nodule fields and muds enriched in rare-earth elements.

We found distinctive soundscapes among the ecosystems (Fig. 2, 3), with the vent field characterised by low-frequency sounds from venting activity and the abyssal plain site being much quieter than the others. The fact that these different habitats exhibit distinctive acoustic profiles suggest that soundscape monitoring can indeed be an effective method for assessing resilience and ecosystem impacts in the deep sea. We also show that offshore ecosystems targeted by deep-sea mining are more prone to impacts from anthropogenic sounds, indicating mineral extraction can significantly alter soundscape characteristics. Our results establish useful reference points for not only Japanese waters but also similar habitats globally. Deep-sea ecosystems may be out of sight, but they can definitely hear us – let’s not leave them out of our minds.

The results of this study were published in Limnology and Oceanography on August 26th. This research was supported by Academia Sinica and Japan Society for the Promotion of Science.

Figure 1. Map showing the four deep-sea ecosystems surveyed and photos of deep-sea sound recording systems. (a) The four study sites are 1. off Sanriku, 2. Suruga Bay, 3. Suiyo Seamount, and 4. Minamitorishima Island. (b) Field deployment of a hydrophone-recorder system next to a vent orifice. (c) Hydrophone and recorder fixed on the exterior of Edokko Mark 1 being deployed off Minamitorishima Island. Black and red arrows indicate the hydrophone and the recorder, respectively. 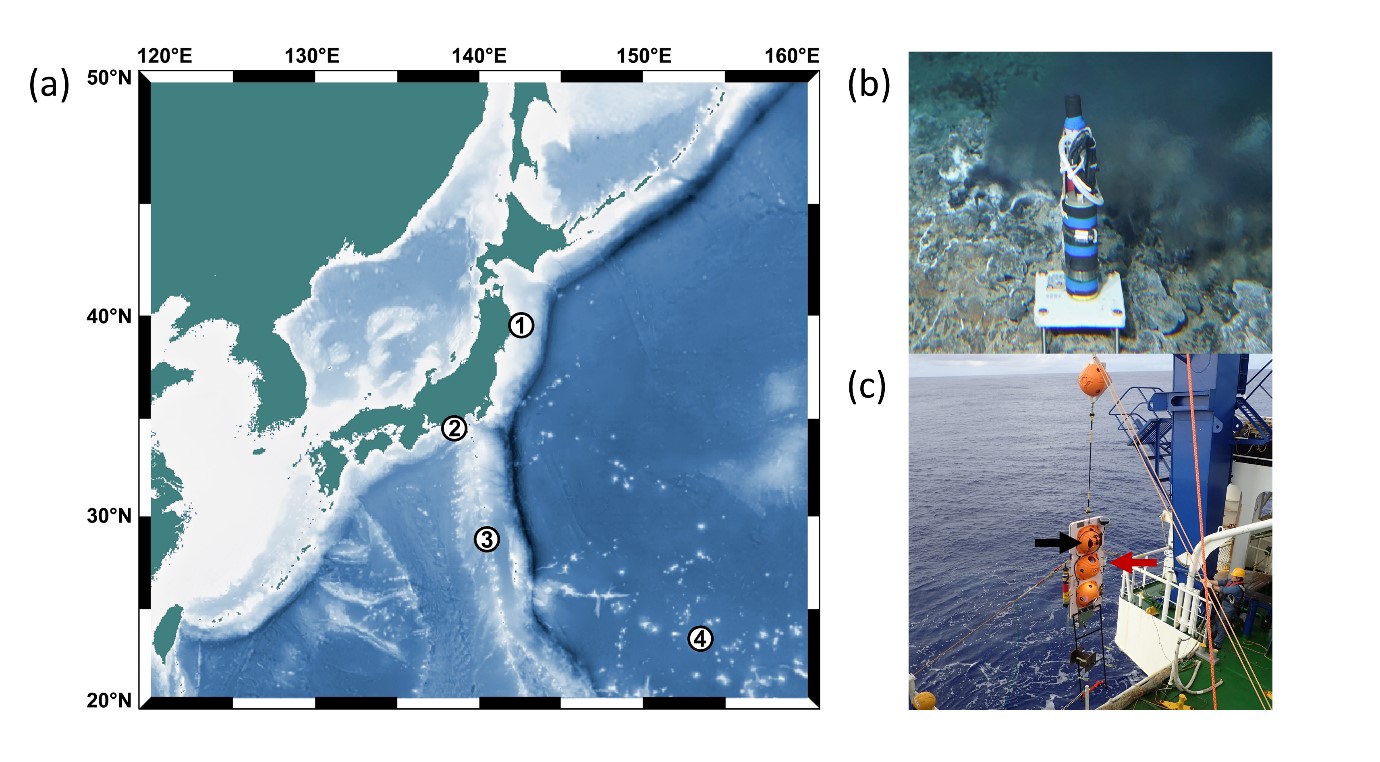 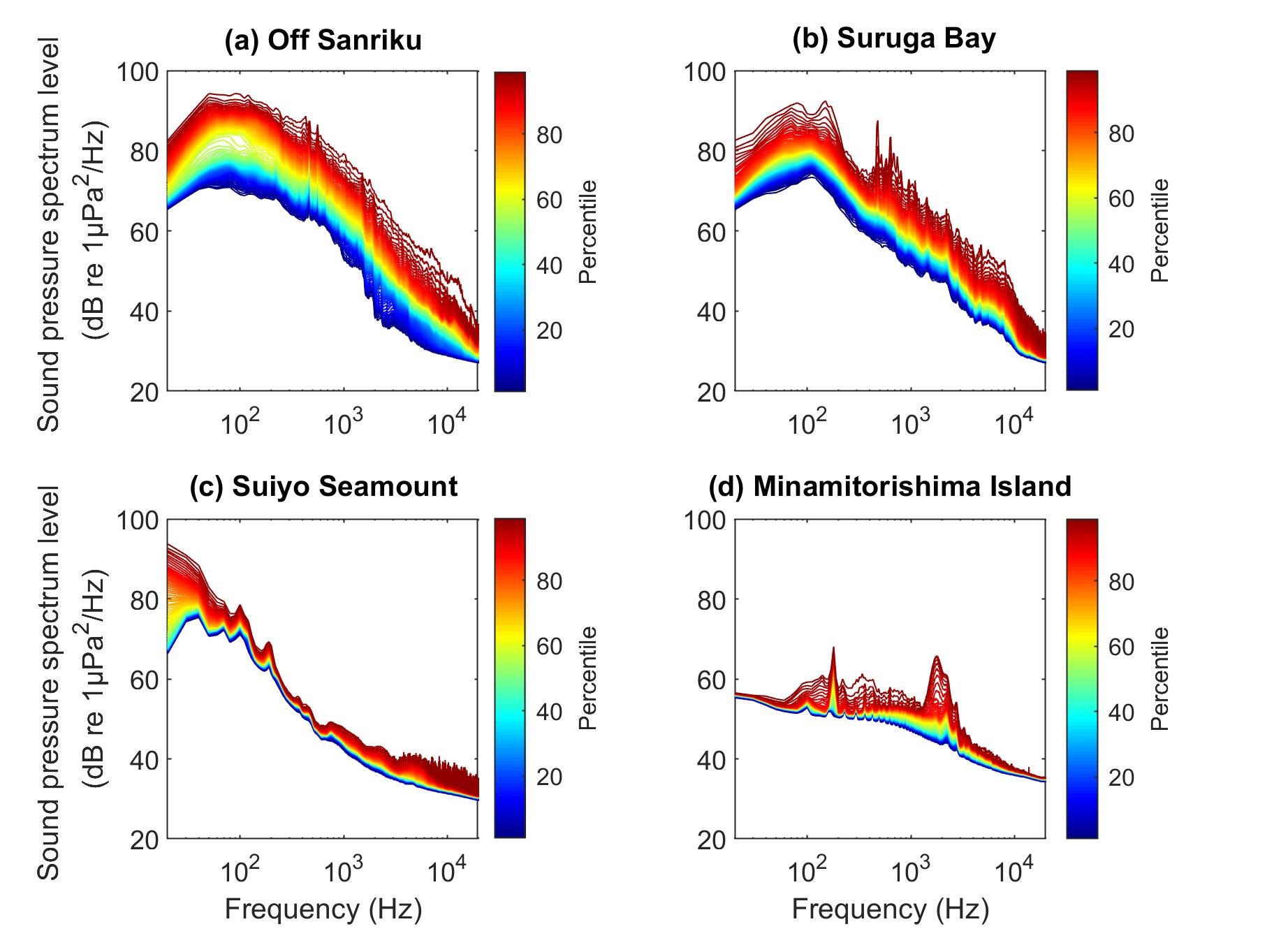 Figure 3. Visualisation of deep-sea soundscapes from the study sites using the median-based LTS 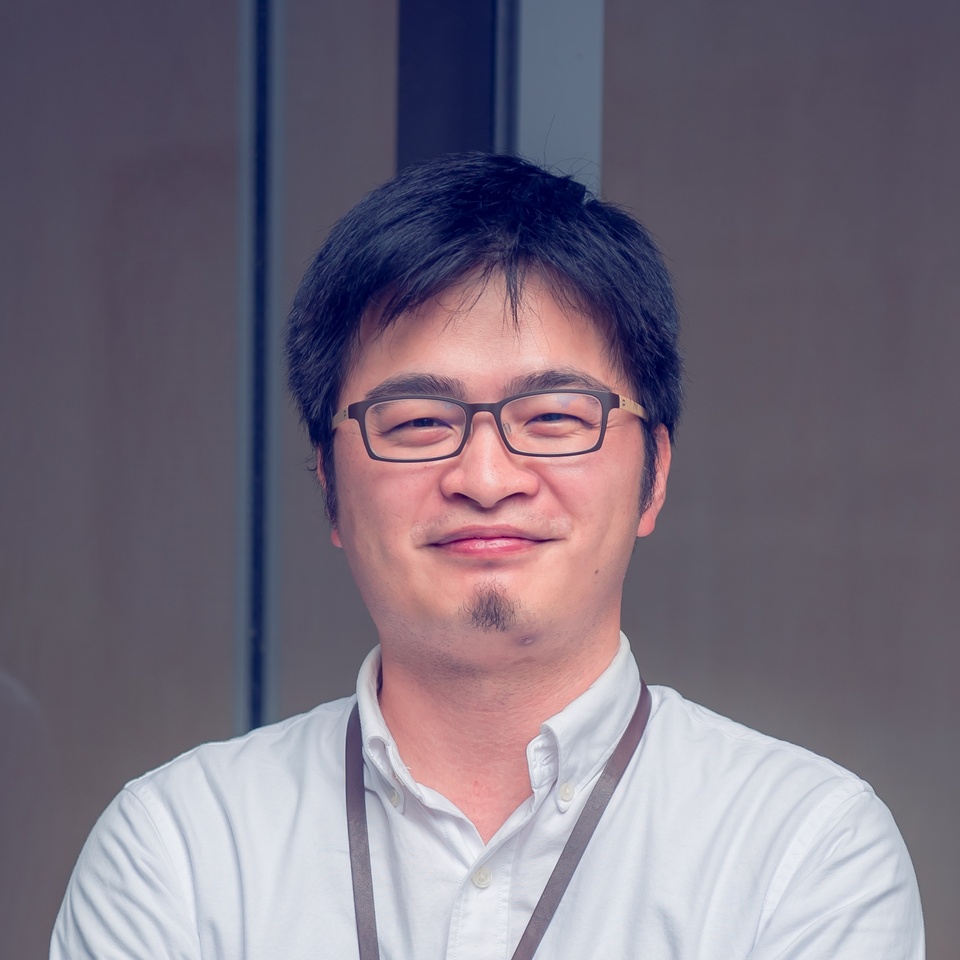 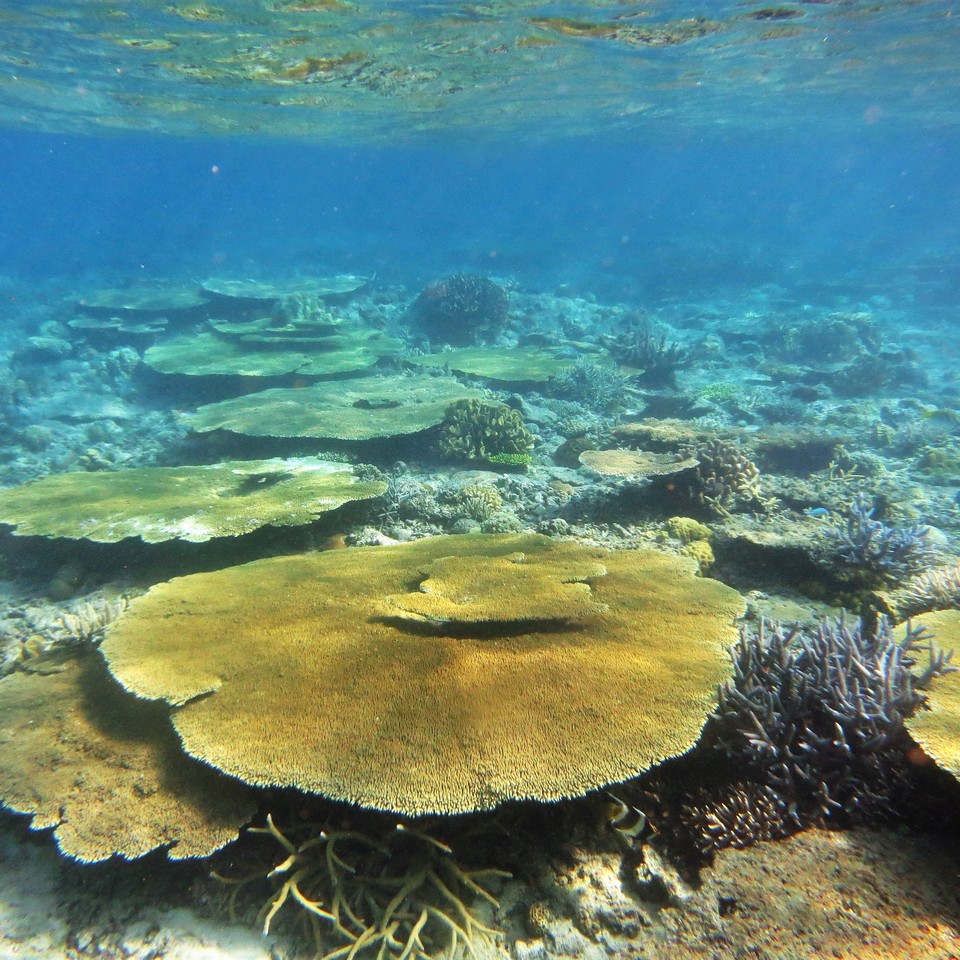